I’m always so happy when Spring arrives even when winter, like this past one, wasn’t so bad.  I can’t imagine anywhere in the world where it wouldn’t be pretty in the Springtime.  One of my favorite memories is of a Spring in Italy a few years ago.  It was May and we had saved up enough frequent flyer miles that we could fly into Venice and out of Rome.  So we decided we would rent a car and drive the length of the whole country.  I certainly wouldn’t advise it, but it was an experience! 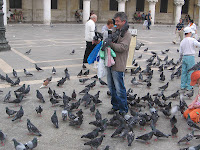 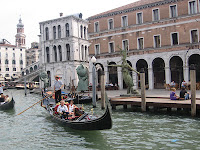 We started in Venice, one of my favorite cities in the world.  I’ve heard people say that it’s dirty and there are too many pigeons.  But I think it has more atmosphere than almost any other city I can think of.  It is completely unique.  You travel from one part to another by boat on the canals, but much of it is accessible by foot.  It’s pretty easy to get lost in the tangled narrow streets full of shops and architecturally significant buildings.  Every corner you turn is photo-worthy; whether it’s a bridge with a canal background or a several-hundred year old beautiful church or some quaint corner café with blooming flowerboxes. 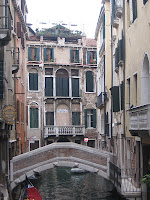 Be careful how you order though, we wound up paying over $170 for a fish dinner when it turned out the price was per gram of fish and not per dinner!  Lesson learned. 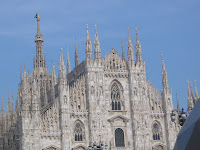 Next up was Milan where the streets were so confusing that after driving around for an hour and a half we literally abandoned the car and walked to our hotel.  The hotel desk clerk sent a bellhop with John to retrieve the car and show him where the parking garage was.  One of the main things we wanted to do in Milan was see Da Vinci’s Last Supper which he painted on an inside wall of a 500 year old convent.  We asked the desk clerk how to find the convent and he kept saying, no, we wouldn’t be able to see it and in a thick Italian accent he kept repeating something that we finally figured out was “Dan Brown”.  It seems that because of the huge popularity of the Da Vinci Code, showings were sold out unless you had a reservation, which, unfortunately, we did not have.  We decided to try our luck anyway and headed for the convent on foot.  Miles later we arrived and were told that it was sold out for the day.  After practically begging the very nice Italian ticket agent, he said he would sneak us in.  He did and, boy, was all the pleading worth it.  It is huge and breathtaking.

After Milan, it was on to Tuscany.   Up to this point we were on major highways where traffic flew by at 100 miles an hour.  Heading for Pisa and Florence, meant taking the back roads of Tuscany which wind and turn and take forever to get somewhere but you really don’t care because the scenery is so beautiful.  We arrived in Pisa, and checked out the  iconic tower, which was hard to do because of all the crowds and the very annoying souvenir hawkers. 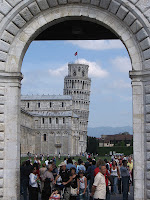 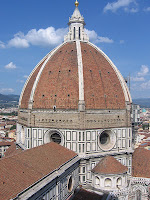 Then on to Florence where the streets are so narrow that they seem to disappear.   Florence is beautiful with gorgeous churches and unparalleled museums.  Michaelangelo’s David is worth the trip alone.

Getting out of Florence was challenging and we got hopelessly lost, but we managed to make our way back out to the Tuscan roads.  That’s where we came across one of the loveliest things we have ever seen.  It was a field of freshly blooming red poppies leading up to an old Tuscan farmhouse.  It looked like a painting.  We pulled over to take pictures and there was a group of bicyclists from America who ditched their bikes to take in the awesome scene. 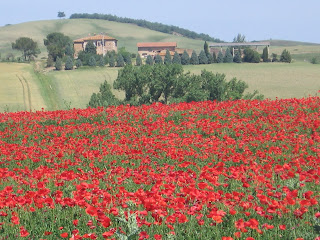 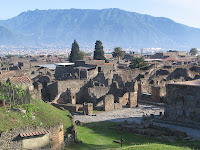 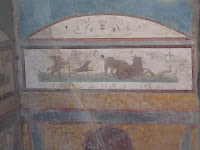 Back on a major highway we headed for Pompeii, one of our favorite archeological sites of all time.  Pompeii was covered and, at the same time, preserved by the ash of the eruption of Mt. Vesuvius in 79AD.  It is so well preserved that you literally walk into people’s homes and can see their paintings on the walls.

The bakery’s wheat grinding stone is still in place where it was left 2000 years ago.  And there are casts of the bodies of people who were overcome by the ash.  It’s a close as you’ll get to 2000 year old bodies. 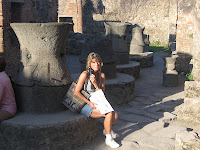 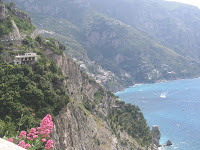 Next up was Sorrento, the Island of Capri and a drive along the absolutely stunning Amalfi Coast, the most beautiful coastline in the world. 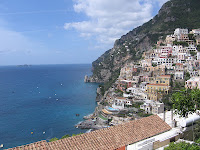 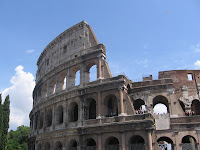 We ended in Rome where we spent a couple of days seeing all the historical sites that are unrivaled in the world.

Several weeks after we got home, we got a souvenir in the mail from Italy:  a traffic ticket.  Then a few weeks later, yet another one!  Since they were in Italian, we’re not sure what we did, but apparently we inadvertently broke a couple of traffic laws and they tracked us down.  Despite the problems, it was an absolutely fabulous trip.  And, in case you are wondering, we did NOT pay the traffic tickets!

Great Cities of the World 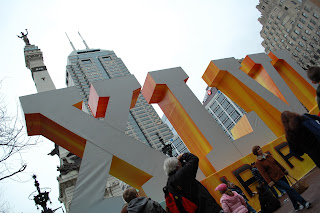 Indianapolis proved that it was worthy of being awarded a Super Bowl during the recent celebration here and showed that it could play very well on the world’s biggest sports stage.  Being downtown for some of the festivities reminded us of the vibe you get in other major cities of the world.  It didn’t feel like Indianapolis.  Not that there’s anything wrong with Indy.  We’ve lived here 30 years and it’s been a great place to live, work and raise a family.  But we often do find ourselves unwittingly making comparisons when we visit world-class cities around the globe.  Of course, we don’t have the problems here that many of those cities have either.  In honor of the attention of the world on our city, we thought it would be fun to pick our 5 favorite cities in the world to visit:

1)  New York – It’s got everything from iconic sites, museums, architecture, art, funky boroughs, great restaurants, the theater  and just plain fun people watching.  There’s nowhere else in the world like it.

2)  London -  Fabulous historical sites, museums, within driving distance of castles and, they speak English !(well, sort of)  It’s just fun to eat in a real pub.
3)  Rome – what more can be said, that hasn’t already been said?  Everywhere you look there’s history and art.  Between the Coliseum, the Forum and the Vatican & St. Peter’s, you could spend days.  But even smaller churches off- the- beaten- path are full of surprises.  For example, St. Peter in Chains is home to Michaelangelo’s statue of Moses, a stunning masterpiece.

4)  Sydney – One of the most beautiful harbors in the world features the Sydney Harbour Bridge on one side and the world-famous Opera House on the other.  The city is modern with great restaurants and shopping and the people are the friendliest anywhere.  They really do invoke the phrase “no worries” all the time! There’s a petting zoo where you can actually feed the kangaroos and koala bears. 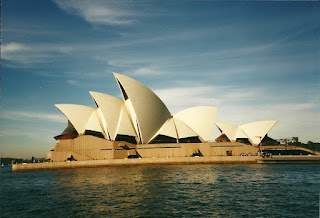 5)  Hong Kong – Another breathtaking harbor that is highlighted with a nightly laser and fireworks show.  It’s a pulsating, neon-lit city by night with beautiful parks right in the middle where you’ll catch people doing Tai Chi.

Runners Up:  Paris (of course), Prague, San Francisco, Athens, and Cairo.  I wouldn’t go now, but Cairo is one of the most fascinating cities in the world.  Beautiful, it is not, but there’s no equal on the history front.
There’s nothing groundbreaking in our list.  But perhaps it will serve to reinforce your own preferences or help to encourage you to get out and see other parts of our beautiful world.  But it is always nice to come back home to Indianapolis!